In conjunction with the previous post which we posted a few days ago about the mis-guided attempt to free Gilad Shalit all the while further endangering the State of Israel, we are reprinting a Arutz Sheva  article about Rav Dov Lior’s position paper on the matter who maintains that the deal violates Jewish Law.  We Agree.

The rabbi of Kiryat Arba – Hevron, Rav Dov Lior, published a position paper Sunday evening in which he explains that the Shalit deal contradicts Halakha, or Jewish Law.

“There is no doubt that capitulating to the terrorists’ blackmail endangers our brothers, the residents of our land, as has happened in the past, when freed terrorists went back to carrying out terror, and this is a clear danger to the nation in Zion.”  “We cannot save one person and endanger, with near certainty, an entire public,” Rav Lior wrote. “The terrorists have a goal of humiliating Israel, and this has been proven by the way they have behaved until now, and who knows if they will not try to torpedo the entire move and all that has been done was simply for humiliating the State of Israel. Therefore their demands should not be met.”

This does not mean that every effort should not be made for Shalit’s freedom, Rav Lior added. “For instance, taking away the terrorists’ ‘hotel’ conditions in jail and stopping all assistance to the Hamas government in Gaza, placing a complete closure and other means that need not be specified here, but not through actions that endanger and humiliate the Nation of Israel.”

Rav Ovadiah Yosef, the former Chief Rabbi and one of the most highly respected Halakhic authorities in the land, supports the Shalit deal and has said, after receiving news of the deal, that he wishes to see Gilad Shalit under a wedding canopy soon.

By freeing convicted murderers to secure the freedom of young Gilad Shalit, the State of Israel has basically pardoned these criminals of thier horrendous crimes.   Any rabbi who would agree to denying justice to the victims and their families and further endangering more Israelis should consider retirement.

This new year according to the holy rabbi’s is a very special year and believed to be a watershed moment in the scheme of the world history with good (and evil) portents of the future.  For we Jews, 5772 is the Jewish 2012, a year that many cultures see as pivotal in the affairs of  man, time of transformation.  It is taught that the dawning of this age of enlightenment will begin in the darkness of spiritual ignorance with dark forces trying to suppress the Light of G-D and seeking to destroy His messenger and servant, Israel.  As we celebrate the coronation of the King, let us remember that Rosh Hashana is also a “Yom Din”  a day of judgement.  The Middle East is on the brink of war, and Israel is in their sights.  Iran has begun mass producing cruise missiles and Turkey has become Israel chief nemesis.  Turkey is spoken of prominently in End of Days prophecy and could galvanize the Muslim world and bring forth a new Khalifah (Caliphate).

Footsteps of the Messiah

Unknown to many people, there is a very strong connection between the Mayan Wisdom Traditions and the Jewish Traditions.  The Mayan 2012 prophecy also parallels the Jewish tradition called, “The Footsteps of the Messiah.”  As noted above the Mayan and Hebrew calendars are similar.  The Torah Codes connect the phrase ‘end of the redemption’ with the Hebrew equivalent of 2012, which is the Hebrew calendar year of 5772.  This combination appears in the Torah text that discusses the keeping of the Torah laws and the fear of heaven. [The Mayan Culture and Judaism by Rabbi Mattityahu Glazerson and Professor Robert Haralick, pg 44 and 46.  I highly recommend this book].

In another Torah Code table from the above noted book, shows that the words ‘melech mashiach’ (king messiah) with the years of redemption – 5760, 5766, 5772.  The year 5772 (2012) appears next to melech mashiach in a 2 letter EDL skip.  Also part of this table are the words Mikdash and Eliyahu.  At the top of the table the words ‘im shamo’a tishma bekolo’ (if you will harken to my voice) appear which directly connects Eliyahu (Elijah the prophet) with the appearance of the Messiah from a passage in Sanhedrin 98:1

The phrase time of trouble in Hebrew gematria is 772.  The gematria of the  phrase time of clarity is also 772.  And the gematria for 2012 is also 772.  In the book of Jeremiah chapter 30 is the reference to the Time of Jacob’s Trouble.  If we are deducing this correctly the time of trouble for the nation of Israel is in 2012, which on the Hebrew calendar begins on Roshashana in 2011, which is this year.  The meaning of the gematria can be suggested to indicate that 2012 may be a time of trouble for the wicked who are trying to destroying Israel, but for the righteous, it will be a time of clarity. 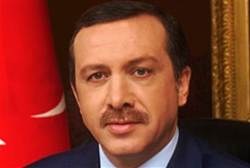 In a tour of the so-called Arab Spring countries, Turkey’s Prime Minister Erdogan, in a speech in Tunisia, stepped up the anti-Israel rhetoric by telling the Tunisian people that Turkey is planning on taking a leading military role in the eastern Mediterranean.  Erdogan told Tunisians on Thursday his country could have frigates and assault vessels in the eastern Mediterranean “at any time” to ensure freedom of movement

“Israel will not be able to move in the eastern Mediterranean as it wishes,” Erdogan said at a joint news conference with his counterpart, Interim Prime Minister Beji Caid el Sebsi. “It will see our determination in this regard.”  Israel has chosen not to respond to the implied threat against Israeli interests.

Erdogan who won 50% of the vote in Turkey’s parliamentary elections  back in May, acussed the opposition party of being involved with a anti-democratic, pro-Israeli conspiracy –

As the September 23rd bid for Palestinian statehood draws near, Israel finds itself further and further isolated and without friends.  As we draw near to the beginning of the Jewish New Year 5772, what can be only understood as a ‘Convergence’ is taking place.  The rabbi’s teach, as we have noted on our blog many times that the term, time of trouble, in Hebrew has the gematria (numerical value) of 772 and that they also have understood that the Final Redemption would either start or be completed on a Hebrew year of 772 (3772, 4772, 5772…).  It is most noteworthy to understand that Mayan Calendar end date of 2012 has been known to the holy rabbi’s for a long time. It appears that biblical period known as the “Time of Jacob’s Trouble” is the ‘Jewish 2012’ which starts in two weeks on Rosh Hashana, September 28th.

The prophecies of the End of Days may be upon us

There are numerous theories about who is Gog v’Magog, some which have been posting on this blog previously.  There are those who believe that Gog is the Prince (leader) of Turkey and have written extensively on the subject and have taught that we should watch Turkey.

“Gog” is known to be an Anatolian name. It is reasonable to identify him with Gogis (seventh century b.c.e.), king of Lydia, who is called Gugu in the chronicles of Ashurbanipal. Such personage would have been known to the Prophet Ezekiel, who took him as reference in order to point out a determined geographic area: Asia Minor. Precisely such is the area (Anatolia, Asia Minor) that his prophecy under five names (Magog, Meshekh, Tuval, Gomer and Togarmah) intends to make clear. These people were well known to the prophet, and this seems clearly to be the best possible interpretation. [Source –http://www.imninalu.net/G&M.htm]

This interpretation should not be discarded.  It was the Turkish Ottoman Empire that held power for many centuries intil 1917.  The Ottoman Empire was the government of the Islamic Caliphate, which according to Muslim Prophecy is destined to be risen up again.  Erdogan’s tour of the Arab Spring countries may be the beginning of a consolidation of power that may very well culminate in a new Caliphate.  Time will certainly tell.

This very well may be the beginning of the time of redemption, so it is imperative that we seek out HaShem while He may be found as Tanakh tells us.  And while all this sword rattling and threats is very disturbing, yet intriguing, our response to it should be what Judaism has always taught.  Our duty is to commit ourselves to teshuvah, to seek out our own sins and shortcomings, all the while praying for the peace of Jerusalem and the time when Israel is restored to it’s former glory.