The following is a post from Eli Hertz who hits the bullseye with his commentary of the War in Gaza – Operation Anud Anan:
United Nations Security Council (UNSC) resolutions and International treaties define crimes against humanity as the “participation in, and knowledge of, a widespread or systematic attack against a civilian population, and the multiple commissions of [such] acts … against any civilian population.”

These international binding instruments go-on to impose uniform mandatory counter-terrorist obligations on all states to “bring to justice the perpetrators, organizers, and sponsors of terrorist attacks and stresses that those responsible for aiding, supporting or harboring the perpetrators, organizers and sponsors of these acts will be held accountable.

There is no escape clause – UNSC repeats “its unequivocal condemnation of all acts, methods and practices of terrorism as criminal and unjustifiable, regardless of their motivation, in all their forms and manifestations, wherever and by whomever committed.” Terrorist organizations such as Hamas that kidnap Israelis, blow up and destroy public buses, murder young people at cafés and discos, and school outings, alongside indiscriminate around-the-clock shelling of hundreds of Katyusha, Qassam, and Grad rockets targeting civilian populations in Israel, are clearly committing Crimes Against Humanity – acts of terrorism for which the UNSC under Chapter VII of the UN Charter directs everyone to fight terrorism by all means.

International law leaves no room to question Israel’s right to defend its citizens against systematic and sustained terrorist attacks launched from Gaza, by Hamas. Israel’s reaction to aggression is nothing more than a measured, fair response designed “to effectively terminate the attack [s]” upon it by terrorists supported by Iran, Syria, and Lebanon, in order to “prevent its recurrence.” Israel is far from using all means in fighting terrorism, as required by UNSC. 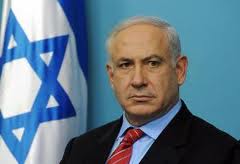 The Palestinian Fatah leader Mahmoud Abbas is in Europe this week seeking to convince  Spain and Norway  to support the Palestinian bid to sidestep  negotiations with Israel and have the UN General Assembly recognize Palestinian  sovereignty over Judea, Samaria, Jerusalem and Gaza.  Fatah’s gambit, which will be played out at the United Nations  General Assembly, plus  its unity deal with Hamas are clear signs that the time has come for Israel to finally face the music: There  are only two realistic options for dealing with Judea and Samaria.

Either  the Palestinians will take control of Judea and Samaria, or Israel will annex  them.

If Israel allows Fatah/Hamas to move forward with it’s UN gambit, another terror state will be created with will be used as a forward operating base in the continuing war on Israel.  The Jerusalem post reported that  two-thirds of Palestinians  believe that negotiations should not lead to the establishment of the State of  Palestine next to Israel and at peace with the Jewish state. They believe the  establishment of “Palestine” next to Israel should serve as a means for  continuing their war against Israel. The goal of that war is to destroy what’s  left of Israel after the “peace” treaty and gobble it into “Palestine.”  Also noted is that 66%  of Palestinians believe “peace” talks with  Israel should be conducted in bad faith.  75% deny  Jewish ties to Jerusalem, and 80% support  jihad against Jews.  73% support the annihilation of the Jewish people as  called for in the Hamas charter on the basis of Islamic scripture.

Today, August 18th 2011,   the anniversary of the 1929 Jerusalem and Hebron massacres 83 years ago,  a four pronged terror attack on innocent Israeli civilians demonstrates that any peace with Fatah and Hamas is out of the question. Two very young children were among the 33 Israelis initially taken to Eilat’s small local Yoseftal Medical Center — the closest hospital — following the quadruple terrorist attack in Israel’s southern region. Seven of the most severely wounded were later airlifted to Be’er Sheva’s Soroka Medical Center. [Source – Arutz Sheva]

In response, Israel has taken the nation to its highest terror alert.  The terror attacks took place along Israel’s border with Egypt’s Sinai Peninsula. The terrorists used automatic, anti-tank weapons, mortars and roadside bombs targeting two Israeli buses and civilians and military vehicles. In light of the terror attacks, the  United Nations decided Thursday to evacuate its foreign personnel from Gaza in fear that Israel will respond and take down known terrorist targets in the Gaza.   Defense Minister Ehud Barak said, adding “These attacks originate in Gaza and we will act against them with full force and resolve.”

Sources in Gaza also reported that Hamas has evacuated the headquarters of its ‘security forces’  fearing Israeli retaliation. The Prime Minister’s Office said Israel’s response to the attack would be swift.

In light of recent events and the push by the PA and certain world governments [such as the Quartet] to establish a terror nation in the midst of the Holy Land, Israel’s only viable option is to annex Judea and Samaria.  This of course will trigger condemnation from world leaders and riots in Israel.  But the other option is  far worse.

A campaign calling for all of Judea and Samaria to be made part of the sovereign state of Israel is  to be launched on Facebook.   As the PA prepares to ask the United Nations General Assembly to declare a Palestinian state unilaterally, a pressure campaign will begin Wednesday asking Prime Minister Binyamin Netanyahu to unilaterally annex the West Bank. The campaign is the brainchild of Likud MK Danny Danon, who has sponsored a bill that would begin the process of making all of Judea and Samaria part of the sovereign state of Israel. The campaign will begin on Facebook, spread to top Israeli websites, and perhaps after that to the streets.  The campaign will call for the Israeli government to respond to the Palestinians’ unilateral step by taking a Zionist unilateral action of annexing the Jewish communities in Judea and Samaria,” MK Danon said.

Please take the time to write Prime Minister Netanyahu and encourage him to do the right thing and make Judea and Samaria part of the State of Israel that it should have been all along.  Tell him Israel and the world cannot afford another terrorist nation in the Middle East.  Israel has a historic and legal right to Judea and Samaria.