The tensions between Pakistan and the US continue to escalate.  The Chinese government has given the Pakistani regime 50 of their JF-17 advanced fighter jets at no cost to help fend off any US attacks.  Intelligence reports indicate that NATO (US/Britain/EU) is waging a black-ops war against Pakistani to destabilize the country, in order to rationalize a seizure of Pakistani Nuclear Forces, such as those at Saragota Air Base with has a reported 80 nukes and the required warplanes to deliver them.  The West (Edom) is using a counterfeit Taliban-type terror group to wage a secret war against the Pakistan government, and recently struck at the Faisal Naval Air Base and destroyed the Orion Sub Killers that were stationed there.  The US is stepping up Drone attacks which have killed dozens of Pakistani’s in recent days.

For more information listen to Alex Jones’ May 24th  interview with Dr. Webster Tarpley at

With the events of the last few weeks focusing upon Prime Minister Netanyahu’s visit to the US and his historic speech to the United States Congress, few people know about the build-up in tensions between Pakistan and the US.  China has given the USA and ultimatum which has send tremors rippling through the political climate of Central Asia and the West.  It appears Pakistan is enlisting the aid of China to guard itself against the US/India alliance.  Pakistan is concerned that the US is preparing for the possibility of taking control of their nuclear forces.

In 2010, international media reports revealed that more than 11,000 Chinese troops have been stationed in Gilgit Baltistan, an ethnically different region in Pakistan that had traditionally been part of Jammu & Kashmir. Chinese military engineers have previously helped Pakistan, but this time the Chinese soldiers are building concrete residential houses and are opening branches of Chinese banks.

In 2011, it was revealed that the presence of the Chinese troops is not limited within Gilgit Baltistan but they have moved into Pakistani Kashmir along India.

In May 2011, Indian intelligence agencies reported that they have “credible evidence” that Chinese troops are also based in the Pakistani side of Jammu & Kashmir, which is divided by the Line of Control (LoC) between Pakistan and India.

Is There a Link Between China and the Gog Magog War(s)?

In the Tanakh, China is called

– Sin.  It’s gematria is 120 (not using the sofit form of the Nun).  China has a long standing relationship with the Islamic Republic of Iran.  China has been helping them since the 1980’s with their nuclear program under the supposed umbrella of peaceful usage.  Iran’s president, Ahmadinejad

also has a gematria value of 120.   In Gematria Ketana, the zero is dropped making it the value of 12, which is the gematria of GOG.  In Daniel 7:25 it states that an evil leader (Armelius) will arise to harass and dominate Israel for a time, times and half a times or 3 1/2 years (US President Obama is a good candidate).  The word time in the last day prophecy is

Kesses HaSofer writes that the Mongols are identified with the land of Magog, a descendant of Japheth, the first born of Noah. HaSofer also cites Arab writers who refer to the 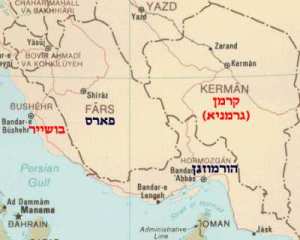 The Land of Magog

Great Wall of China as Al-Magog.  Magog in Cantonese is used to refer to America oddly enough.

Some identify Magog with Kermania (Germania).  Rabbi Yehi’el Tzvi Hirshenzon זצ”ל,book  named “Seven Wisdoms” (1883, שבע חוכמות), states that Magog or the land of Kermania is south east of Babylon, and you can find it in the map of the Greek Rulers, in the south of Kermania Desert to the east of the tongue of the Persian Sea. One must not confuse the Persian Germania with the European Germania that the Talmud refers to as Edom’s Germania.

So the land that our Sages called “Germania is Persian land in the area of the Persian Gulf, that swallows an area called  “Baludshistan”, and that land is bordering in the east with the Indus River, and in the north with the Himalayas. In today’s Iran there is a big province called Kerman, with population of over two million people. The capital of the province is also called by this name, and today more than 400,000 people live there. This province, Kerman, that was probably the original land of Magog, includes many archaeological cities, that their timings matches more or less the period of the end of The Biblical Flood.

The region named Baluchistan is actually divided today between three countries: Iran, Pakistan and Afghanistan. In western Pakistan there’s also a province names Baluchistan, next to the Iranian Baluchistan.

For more information on this intriguing subject see HaShem 1.net who brings many more historical facts to the discussion and is a great find.

China has now aligned itself with Gog and has put boots on the ground in Kashmir and Pakistan.  This situation could become extremely tense very quickly.  Another player in this prophetic scheme, from an Islamic perspective is the Army of the Black Flags coming from Khorusan (Iran, Afghanistan, Pakistan) in the hands of the Pashtuns who call themselves Bani Israel and may very well be remnants of the 10 Tribes.

The following news update is issued by Webster G. Tarpley, Ph.D.TARPLEY.net May 20, 2011 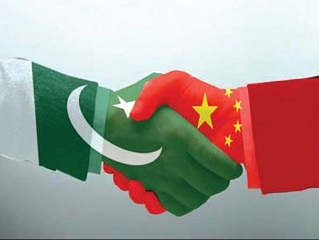 China has officially put the United States on notice that Washington’s planned attack on Pakistan will be interpreted as an act of aggression against Beijing. This blunt warning represents the first known strategic ultimatum received by the United States in half a century, going back to Soviet warnings during the Berlin crisis of 1958-1961, and indicates the grave danger of general war growing out of the US-Pakistan confrontation…..

………….The crisis leading to World War I began with the Sarajevo assassinations of June 28, 1914, but the first major declaration of war did not occur until August 1. In the interim month of July 1914, large parts of European public opinion retreated into a dreamlike trance, an idyllic la-la land of elegiac illusion, even as the deadly crisis gathered momentum. Something similar can be seen today. Many Americans fondly imagine that the alleged death of Bin Laden marks the end of the war on terror and the Afghan War. Instead, the Bin Laden operation has clearly ushered in a new strategic emergency. Forces which had opposed the Iraq war, from MSNBC to many left liberals of the peace movement, are variously supporting Obama’s bloody aggression in Libya, or even celebrating him as a more effective warmonger than Bush-Cheney because of his supposed success at the expense of Bin Laden. In reality, if there were ever a time to mobilize to stop a new and wider war, this is it.

US response  (from the regional envoy, Mark Grossman)  is a rejection of the ultimatum and a reiteration of the US position to protect Pakistan’s nuclear forces. President Obama has already given the okay to deploy troops into Pakistan to protect Pakistan’s nuclear forces in the event that the Jihadists would seek revenge over Bin Laden’s supposed death and would try to overthrow the Pakistani regime.