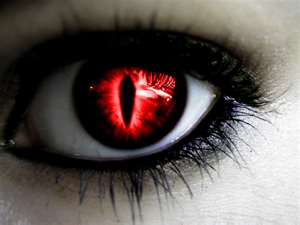 As many of you who read our blog regularly, there is no love lost between Israel in Prophecy and the Mainstream Media of whom we have coined the term “The Bought and Sold Media.”  The collusion of the mainstream media is very apparent.  The Media once thought of as the protector of truth, who decades ago would have asked the right questions and sought to bring to light crimes committed by political leaders.

These days the media reports what it is told to report by those who have bought the privilege.  Now the media is the one who protects political crimes, and is now actually involved in those crimes and perpetuating obfuscation and subterfuge to hid the crimes.  A case in point is Barak Hussein Obama who has done more to harm the American people than any other figure in American history.  The mainstream media did not even try to vet him as a candidate prior to his election and ridiculed those who would try.  If they had they would have discovered that he is not qualified to even be president, a matter they have taken off the table as a topic of discussion as if they they alone were the purveyors of rational thinking and any who would question their darling pimp were rascist or stupid.   Malcolm X once warned that:

This ‘prophetic’ quote has now come to pass.  The Media has made itself arbiter of right and wrong.  Who is too be hated and who is to be loved.   The Mainstream Media itself is responsible for many of the horrendous acts against Israel.  Sure, they don’t go out and do the dirty work themselves, but they are ultimately responsible.  Their one sided reporting on Israel has set the ‘tone.’   Their irresponsible reporting and wrongful maligning of Israel, and particularly it’s religious-minded citizens who have sought to live in the land of Samaria and Judea, the land given to them by Eternal Decree.  These they have destroyed with hatred, with carefully crafted words designed to incite the ignorant and base minds.

In Toulouse France three Jewish children and a rabbi were brutally murdered to avenge the deaths of Palestinian children. And we know the attack in France took place one week after pro-Palestinian activists were caught spreading false images, including a particularly evocative photo of a bleeding girl in her father’s arms. The girl, it turns out, was killed in an accident, not by Israel. There is no reason to link the two events directly. But here is something else we know: misinformation leads to incitement and incitement leads to violence.

We have seen how direct incitement can spill over into heartrending violence against Jewish children. Almost exactly one year ago, Palestinian terrorists killed five members of the Fogel family in their own home. The youngest was two months old. At the time, Prime Minster Binyamin Netanyahu blamed the Palestinian glorification of terrorists (another media darling) for creating an environment that could lead to murder. “A society that permits such wild incitement ends up prompting the murder of children,” he said.

The Mainstream Media is responsible for these crimes as much as the individuals who commit them.  A day of reckoning is coming.  They will be held accountable for their crimes against humanity and for their high treason against the truth.   As we head toward the 2012 election, we must remember that we are in a ‘holy war’ against the enemies of truth.  The Media, Obama and the Power Elite are waging a war against God’s people – Israel and all of those who support her and the truth.  They are the Enemy.

To the Mainstream Media:  Tread Carefully, Your Fate is in the Balance. 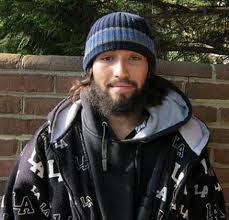 “I think we should have a moment of silence in solidarity for the person that they said was from the Washington DC Occupy, that maybe why did he feel the need to shoot the White House window today.”

Currently the Main Stream Bought and Sold Media  is working overtime to make sure no narrative is created from the suspected White House shooter’s connection to Occupy DC group. The bought and sold media is leaving no stone unturned to keep this story out of the public’s eye and the no one can establish a connection to the Occupy movement, which Obama has some connection to, and may have been instigated by his handlers for political reasons.

According to some reports, this shooter is accused of having a fixation on the White House and having targeted the residence where the President and his family live. That means we could have an attempted assassination of the President of the United States on our hands, and these Occupiers are gathering to show some “solidarity,”over the man’s actions.

(While I detest the President for what he has done to this country, assassination is too good for him.  He should be made to pay for his high crimes in a prison, preferably one in Siberia [lol], not with a quick bullet.  Presidential assassination would create him as some martyr – not the criminal he is, which would be a travesty of justice).