In an era which the world and it’s pathetic leaders have demonized Israel as a menace to society, I think it’s important to get some perspective.  In the scheme of things different cultures bring  many wonderful and diverse idea’s and help advance mankind which is of course the role of Gentile Nations – to develop mankind in positive ways.  While some nations paint Israel as a pariah, Israel’s absence as a nation and a people would have far reaching negative effects on the human population.  The following partial list touts some of Israel’s accomplishments and touts their importance in the field of Human Advancement: 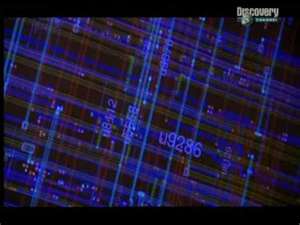 These accomplishments have benefitted mankind in ways that would be impossible to measure.  Imagine With that segue, I would encourage you to read the following article in regards to Israel’s work in Cancer Research.

Vaxil’s groundbreaking therapeutic vaccine, developed in Israel, could keep about 90 percent of cancers from coming back.

As the world’s population lives longer than ever, if we don’t succumb to heart disease, strokes or accidents, it is more likely that cancer will get us one way or another. Cancer is tough to fight, as the body learns how to outsmart medical approaches that often kill normal cells while targeting the malignant ones.

In a breakthrough development, the Israeli company Vaxil BioTherapeutics has formulated a therapeutic cancer vaccine, now in clinical trials at Hadassah University Medical Center in Jerusalem. If all goes well, the vaccine could be available about six years down the road, to administer on a regular basis not only to help treat cancer but in order to keep the disease from recurring.

The vaccine is being tested against a type of blood cancer called multiple myeloma. If the substance works as hoped — and it looks like all arrows are pointing that way — its platform technology VaxHit could be applied to 90 percent of all known cancers, including prostate and breast cancer, solid and non-solid tumors.

“In cancer, the body knows something is not quite right but the immune system doesn’t know how to protect itself against the tumor like it does against an infection or virus. This is because cancer cells are the body’s own cells gone wrong,” says Julian Levy, the company’s CFO. “Coupled with that, a cancer patient has a depressed immune system, caused both by the illness and by the treatment.”

The trick is to activate a compromised immune system to mobilize against the threat.

A traditional vaccine helps the body’s immune system fend off foreign invaders such as bacteria or viruses, and is administered to people who have not yet had the ailment. Therapeutic vaccines, like the one Vaxil has developed, are given to sick people, and work more like a drug.

Vaxil’s lead product, ImMucin, activates the immune system by “training” T-cells –– the immune cells that protect the body by searching out and destroying cells that display a specific molecule (or marker) called MUC1. MUC1 is typically found only on cancer cells and not on healthy cells. The T-cells don’t attack any cells without MUC1, meaning there are no side effects unlike traditional cancer treatments. More than 90% of different cancers have MUC1 on their cells, which indicates the potential for this vaccine.

“It’s a really big thing,” says Levy, a biotechnology entrepreneur who was formerly CEO for Biokine Therapeutics. “If you give chemo, apart from the really nasty side effects, what often happens is that cancer becomes immune [to it]. The tumor likes to mutate and develops an ability to hide from the treatment. Our vaccines are also designed to overcome that problem.”

For cancers in an advanced stage, treatments like chemo or surgery to remove a large tumor will still be needed, but if the cancer can be brought down to scale, the body is then able to deal with it, Levy explains. ImMucin is foreseen as a long-term strategy — a shot every few months, with no side effects — to stop the cancer from recurring after initial treatments, by ensuring that the patient’s own immune system keeps it under control.

In parallel, the company is also working on a vaccine that treats tuberculosis, a disease that’s increasing worldwide, including in the developed world, and for which the current vaccine is often ineffective and treatment is problematic.

Based in Ness Ziona, Vaxil was founded in 2006 by Dr. Lior Carmon, a biotechnology entrepreneur with a doctorate in immunology from the Weizmann Institute of Science in Rehovot. In June, Vaxil signed a memorandum of understanding to merge its activities into Sheldonco, a company traded on the Tel Aviv Stock Exchange.

For more info about this incredible vaccine, visit Vaxil on the web at www.vaxilbio.com

Israel has been called by HaShem as a priest nation revealing the light of the Creator.  The Torah, in recounting the blessings in the 28th chapter of D’varim (Dueteronomy), instructs Israel that HaShem will make Israel the Head and not the Tail.  Even in the Galut (Exile),  Israel as a nation and a people In terms of innovative accomplishments vs population density, Israel is far out in front of the pack